To unlock the The Six Realms, the player must be at least rank 108. This is an optional region, and is not required to continue on in the season 2 story.

Go to Militant Town of Moraque and do the Asura's Challenge quest. Use the second exit of the exploration, Pearl Cavern - Exploration and you will unlock The Six Realms in the world map.

You will start by going to the first exploration, The Deva Realm located at the top. There are 7 explorations total, interconnected to each other in a circular manner. At its center is Asura's Palace, which is where Asura is located.

Exploration maps in the The Six Realms are highly difficult. The encounter rate is much more frequent than regular exploration maps, and the enemies themselves are much stronger. Specific realms have a 100% preemptive strike.

How to fight Asura

In order to unlock the portal leading to Asura's Palace, the boss of each exploration map must be defeated.

Once you have leveled Asura to the maximum level (30), an additional dungeon in The Six Realms, Trial of Asura, will appear. Defeat her immensely powerful version and Asura will be upgraded to 2★. 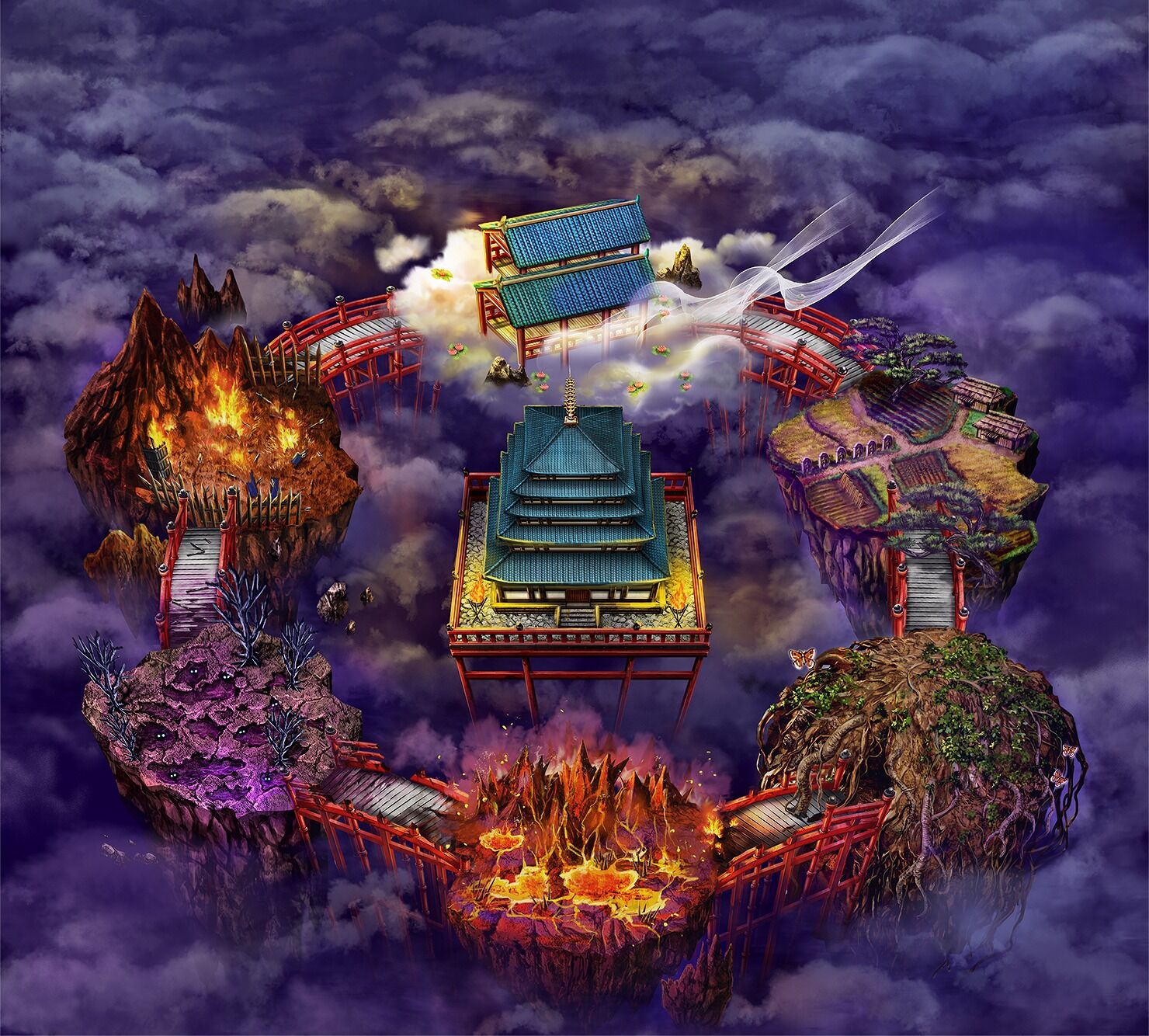 While the explorations provides a very large amount of EXP, there are several differences from previous explorations need to be considered before attempting to conquer the area: