Realm of the Dragon King

To unlock the Realm of the Dragon King, you must have finished the entire season 1 story, which ends after Wandering Lands. This is an optional region, and is not required to continue on to the season 2 story.

Go to Downtown Zoldaad, in the Zoldaad Empire, and keep heading north until you meet Evan. Talk to him and you will unlock Realm of the Dragon King in the world map.

You will start by going to the Edge of the Realm to unlock the first exploration. There are 8 explorations total, interconnected to each other in a circular manner.

To unlock other explorations, go to that map and clear the stage by using a Tent in a predetermined campsite location. By clearing in this manner, you will clear the mission objective on the stage you ENTER, and you will unlock the stage you EXIT from. Once a campsite is set up, it remains there permanently. However, since Peaceful Stream lacks its own campsite, refrain from using the Tent before finding a campsite location.

Since the map is interconnected, unlocking a stage will provide you with a shortcut, but is not required to reach any part of the map. It's possible to reach Bahamut starting all the way from the first exploration.

Exploration maps in the Realm of the Dragon King are highly difficult. The encounter rate is much more frequent than regular exploration maps, and the enemies themselves are much stronger. You may also encounter enemies with a preemptive strike.

How to fight Bahamut

There are Shadow Bahamuts scattered across the exploration maps, and they will occasionally drop a Rat Tail. This item is required to fight Bahamut, one item required for one battle. The Rat Tail have to be set in your inventory. Each exploration spawns one Shadow Bahamut, but there are several spots in each map where it can spawn.

Bahamut resides in the Eternal Summit, simply walk to the summit and he will ask you for a Rat Tail. If you don't have one, or don't want to fight Bahamut, there is an option to clear the stage without fighting.

Once you have leveled him to Level 40, New Trial of the Dragon King will appear with an even more powerful version of Bahamut . Defeat him and Bahamut will be upgraded to 3-star 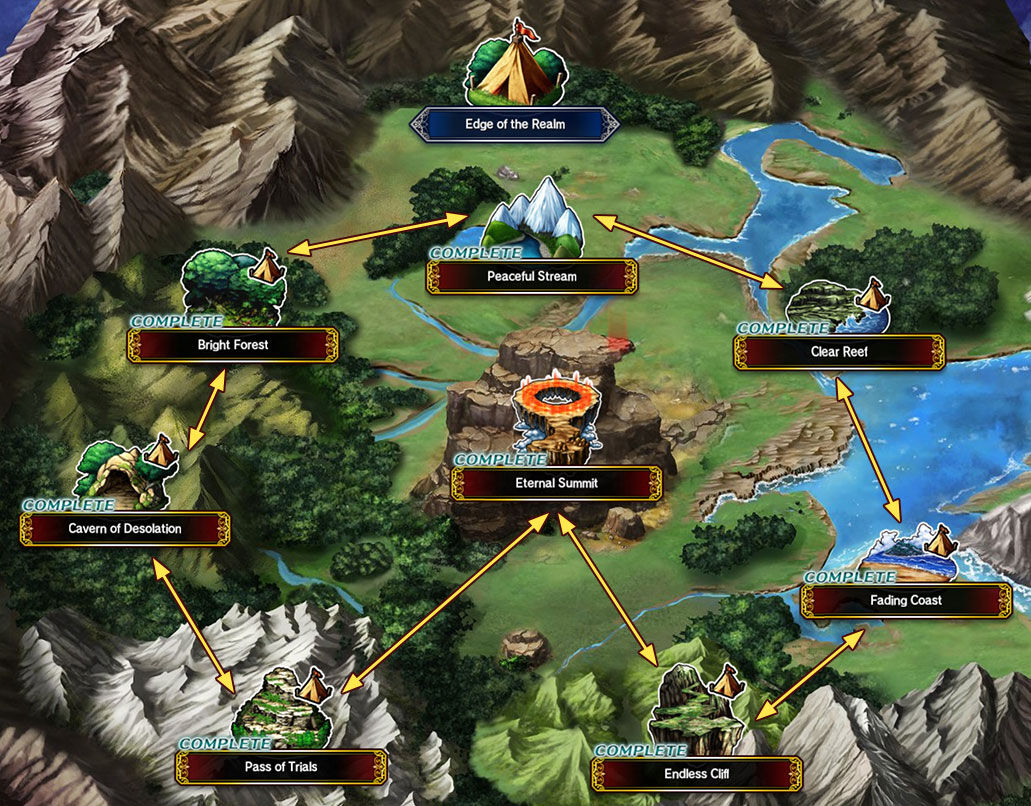 While exploration provides a very large amount of EXP, several differences from previous exploration need to be considered before attempting to conquer the area:

There are two materials unique to this region,

Pure Stone . They are required to craft these items: